In 1880, William and Louisa Kelley, and Nathan and Cora Kelley purchased a water power lot at the foot of the Durkee Street hill from Appleton founders Reeder and Eliza Kimball Smith. The mill was originally referred to as the Kelley Woolen Mill. The Kelley brothers erected a 30 by 60-foot structure that went from the north bank out over the river to the south. The waterwheel generated the power for the machines. The second ward power water canal ran on the northside of the woolen mill building. In 1882, the Appleton Post had this to say to about W.H. Kelley:

Mr. W.H. Kelley, is a man of noticeable energy and industry, and has an extensive practical knowledge of the business in which he is engaged. The Kelley Mills are equipped for the manufacture of yearn and the doing of a general line of custom work. The quality of its products are first class. They meet with ready sale, at good prices, among dealers everywhere in this region. The Mills have a capacity of turn out 10,000-12,000 pounds of yearn annually. The business of this firm is constantly increasing and it is their policy to enlarge and improve their facilities in order the better to meet the demands upon them. 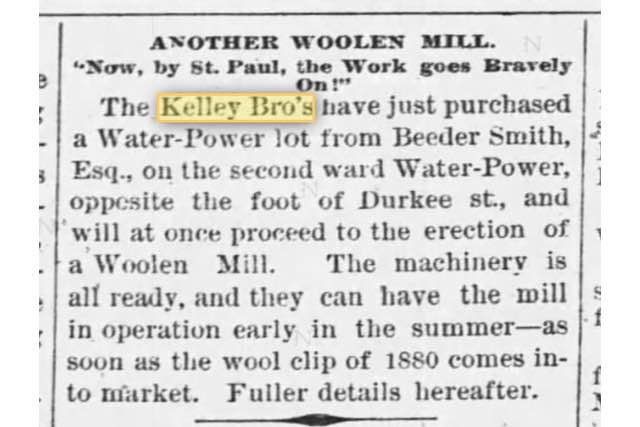 The business continued to increase and they added new machines. In 1886, investors JE Springer, Ole Stephenson, and NE Stepheson became co-partners of the Northside Woolen Mill. The mill continued what they referred to as custom work of all kinds: carding rolls, wool batts, carding, spinning wool into yarn, weaving into sheets and blankets, color changing in a dye house, carpets cleaning and so much more. The mill was transformed from it’s original 30 by 60 size to 3 floors of workspace. The Appleton Post reported:

Everything in and about the Kelley Mill is going up. House lifters had undermined the main building and elevated it on jack screws a full story from its original mooring, while carpenters were at work lifting the roof into space pre-paratory to making the attic into a commodious work shop. On completion of these inaugurated improvements the old factory will be converted from its original diminutiveness into a building of handsome proportions having three floors well lighted and stocked machinery capable of turning out the finest grades of goods.

The three-story building included the first floor where the washing took place. Heavy timbers hold up the second floor with the carding machines, and third floor held the yarn spinning machines. Today the third floor and is was used to dry out the wool. 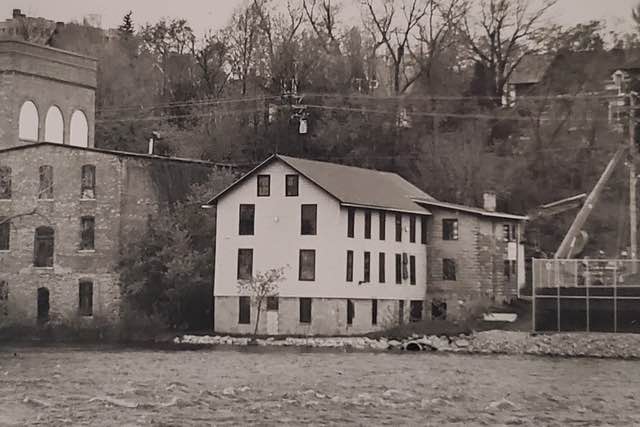 Adolf and Augusta Spiering purchased the mill in April 1889 and continued to operate the location as the Northside Woolen Mill. Adolf was born in Spremberg Prussia, his native city being a textile industry leader where he learned the trade. According to his obituary in the Appleton Post Crescent, “he was quite well known here and in the neighboring counties for his honesty and thorough work-manship”. During the years that Adolf and Augusta owned the mill they added a wool warehouse that was built over the canal and they used a steam boiler to create heat and power.

In 1904, Adolf and Augusta Spiering sold the woolen Mill to John B. and Sarah Courtney. John B. Courtney had worked 10 years with the Appleton Woolen Mills before purchasing the Northside Woolen Mills from Spierings. The Courtney family continued the services offered by the mill including wool carding, yarn making, dying, and custom work. They purchased a new waterwheel in 1905 and continued using water for power to drive the machines until about 1924.

In 1923, John’s children Giles, Daniel, and Mae joined in the family business. John Courtney changed the name of the mill to the Custom Woolen Mills after the children joined the family business. The Courtneys carded wool from a large territory. Customers traveled as far as 200 miles to the mill. The wool was sometimes now brought in automobiles expanding the area of service. The family prepped and carded wool for many blankets and comforters over the years. John commented that the depression didn’t create a slump for the Woolen business, as he had plenty of work to do. In 1927, the family added a front office section to the building with 2 floors. 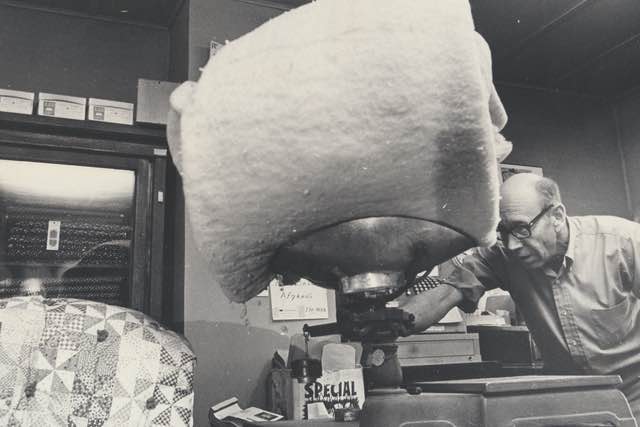 The Woolen Mill passed from Giles Courtney to his sons James and Kenneth in 1942. In 1973 Kenneth Courtney became the sole owner of the mill. In 1957, the Fox River Paper Corporation filled in the canal and power to the mill by this time was no longer provided by a water wheel. Kenneth’s son Tom Courtney now owns the Woolen Mill and continues its operation serving a wide range of customers today. 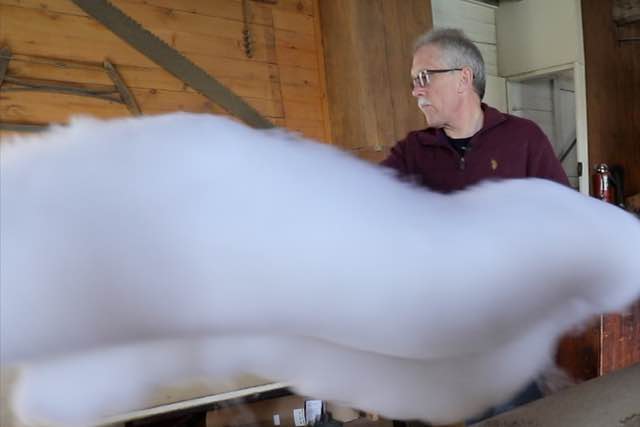 The Courtney Mill Today: Tom Courtney takes a batt of fiber from the No. 2 Card Machine.

The Woolen Mill is on the National Registry of historic Places. The last update to the file occurred in 1993. The Appleton Historical Society partnered with Tom Courtney and family to celebrate 140 years of the Kelley/Northside/Courtney Woolen Mill in January 2020. The public was invited to see the machines running and learn about the history of the mill to celebrate the historical milestone of 140 years. 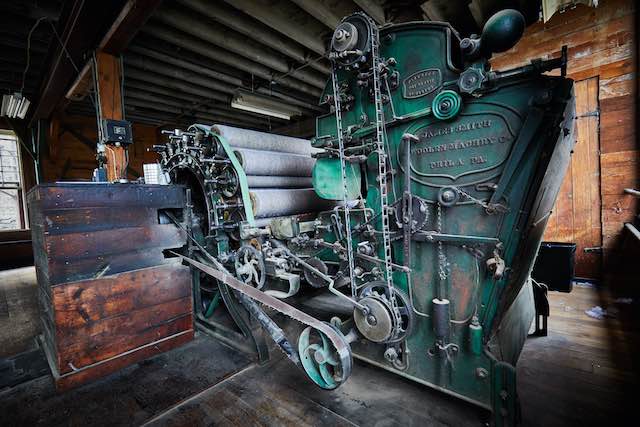